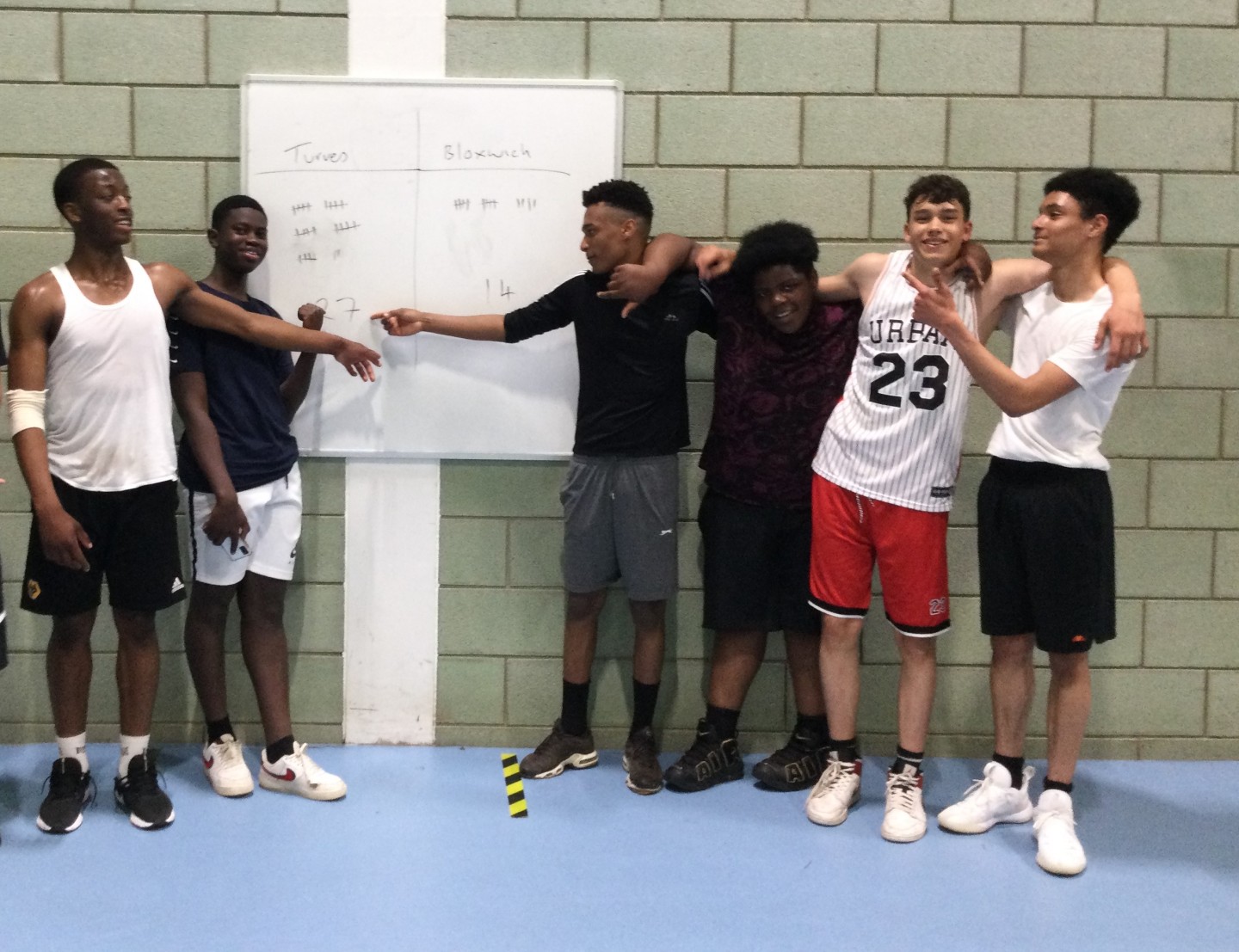 Year 11 boys had their first competitive basketball fixture of 2021; the boys have been training regularly after school on Mondays in preparation. Our year 11 were physically a far bigger team; however, the opponents were more skilful and had played far more competitive games.

The year 11 boys flew into an early lead with captain S. N’Sapu Jr, scoring the first five points of the game with 2 baskets and a free throw.  Bloxwich Academy rallied and continued to work the ball. However strong defence by B. Andrews, E. Blake and A. Reid kept them out, and C. Kumeso controlled the tempo.

Further scores by A. Reid, B. Andrews and E. Blake kept the scoreboard lead looking healthier by the minute. Bloxwich upped the tempo and their game becoming far more aggressive in the match trying to match our physicality. I. Dafe stood strong in receiving competitive challenges. S. N’Sapu Jr once again spear-headed a lot of what was positive regarding Turves play and with great rebounding and intricate passing, saw more points scored. This was backed up by some lovely shots from N. Zeray.

Turves’ year 11 boys eventually ran out winners: 27-14.  The boys played with respect, without fear and with enjoyment. They were a great credit to the school for their performance.

Well done to the whole squad.

Back to the Blog

Remembering The Duke of Edinburgh, on what would have been his 100th birthday.

Click below to read all about what has been happening this term at Turves Green Boys' School.

We use cookies on our website to give you the most relevant experience by remembering your preferences and repeat visits. By clicking “Accept”, you consent to the use of ALL the cookies.
Cookie settingsACCEPT
Manage consent

This website uses cookies to improve your experience while you navigate through the website. Out of these, the cookies that are categorized as necessary are stored on your browser as they are essential for the working of basic functionalities of the website. We also use third-party cookies that help us analyze and understand how you use this website. These cookies will be stored in your browser only with your consent. You also have the option to opt-out of these cookies. But opting out of some of these cookies may affect your browsing experience.
Necessary Always Enabled

Performance cookies are used to understand and analyze the key performance indexes of the website which helps in delivering a better user experience for the visitors.

Analytical cookies are used to understand how visitors interact with the website. These cookies help provide information on metrics the number of visitors, bounce rate, traffic source, etc.

Advertisement cookies are used to provide visitors with relevant ads and marketing campaigns. These cookies track visitors across websites and collect information to provide customized ads.

Other uncategorized cookies are those that are being analyzed and have not been classified into a category as yet.